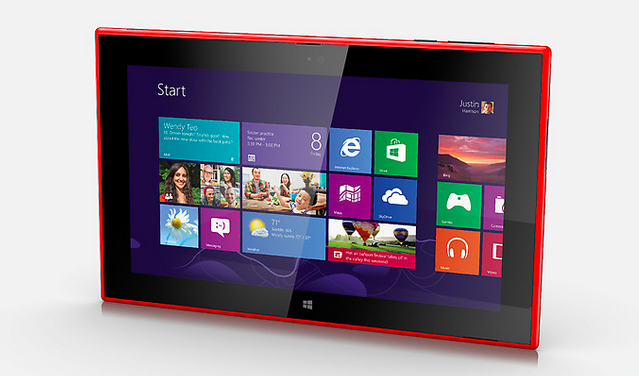 This is Nokia’s celebration moment as it unveils the first Windows tablet Nokia Lumia 2520. This is everything that one could have probably asked from Nokia – a bigger screen, a better battery life, amazing functionalities and yes, it’s quite good on the pockets!

The Nokia Lumia 2520 Tablet comes in a 10.1-inch screen and looks much like the previous Lumia phones. The device is available in black; white, cyan and red and probably the best way to describe the Tablet are imagining the rounded 720 versions from Lumia with size increased 10 times. 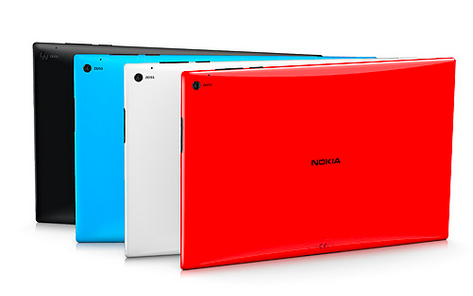 When it comes to form factor, the Lumia 2520 tablet really makes an amazing presence. It has further got a 1920 x 1080 PX display making it one of the best of the smart devices. Equally impressive about the device are the varied viewing angles and brightness. When one looks at the screen, the color reproduction seems incredibly accurate and the stakes are really set high with the first tablet launch from the Finnish company.

Coming to performance now, the Lumia 2520 features a Windows RT device. The Surface RT though had initially been less fruitful having certain app performance issues, the second version has been highly worked upon and the power of the device speaks for itself. The device integrates a 2.2 GHz Quad-core Snapdragon 800 processor worked upon the Windows RT 8.1 platform. Multitasking and user responsiveness is at its best. 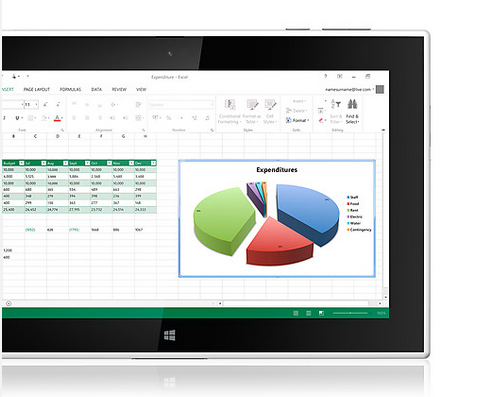 Being a Windows tablet after all, the Lumia 2520 tablet also comes with the advantage of office desktop applications, which is where, the keyboard, comes very useful. The Surface 2 has usually been accompanied by Type and Touch covers but this device has a power Keyboard and a track pad. The device gives an 11 hours boost to the previous Lumia concept and with the cover attached, it is maintained that the power will last for more than 16 hours.

This Nokia tablet is just ideal for the users who are always on the move. Connectivity is ensured by 4G LTE modem and high speed Wi-Fi to keep you in touch with the world, wherever you are. Further the Gorilla Glass 2 enhances the toughness of the device making it highly suitable for outdoor use.

The Nokia Lumia 2520 is certainly is true to Nokia’s heritage of being reliable, mobile, longevity and unique color and style sense. Initially, the tablet will be available in USA, UK and Finland and eventually will launch in other countries. What is more impressive is that the device is estimated to be available under just $499.