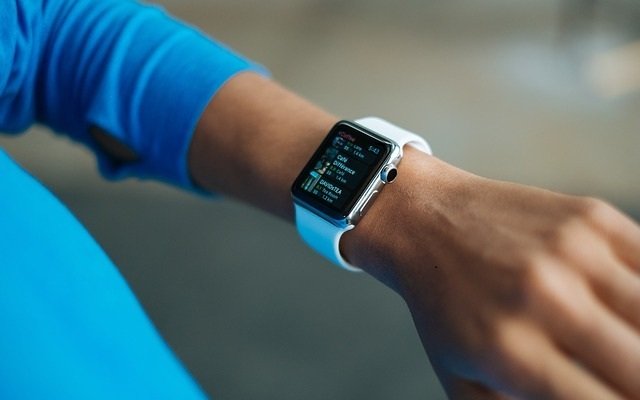 The Apple Watch is a considered as one of the most popular wearable device manufactured and sold by Apple Inc. It incorporates health and fitness tracking and can smartly perform selective functions of an Apple device. The users can integrate their Apple Watch with the iOS available on their Apple devices that they use on a daily basis and whose content they want available in their Smart Watch. The Watch is much advanced than any other Smart Watch or Fitness Band available in the market with many superior features that give it an edge among the Smart Watch users. The Watch is capable of performing multiple terrific functions for its users. It is not just a good activity and fitness tracker, but also acts as an extension of the user’s phone and reflects all the messages and notifications. It has a large ecosystem of built-in applications that makes it perform multiple functions just like the user’s iOS device.

The Apple Watch can be used after the initial set up is done and does not need the users’ phone every time. It has a ‘digital crown’ that acts like a dial and helps in navigation on the screen. The touch screen of the Watch is very smooth and multi-functional. The Watch is highly customizable and lets the user change notifications and lets them switch Watch faces. It comes in 2 dial sizes of diameter 38 mm and 42 mm. It lets the user receive quick notifications, lets them track their daily activity and access their documents like a boarding pass at an instant. The Watch can take calls and also has a Bluetooth headset. The high priced model of the Apple Watch is available in 18 carat rose gold case with a white sport band. Another useful feature of the Watch is its water resistibility. The Watch is also a waterproof device but the users should refrain from keeping it submerged for a long time in which case it may function erratically.

One of the major reasons to go for an Apple Watch is its great design that includes interchangeable straps, a digital crown and a touch screen that uses Force Input Technology. The Watch also has a built-in heart sensor that uses infrareds as well as LEDs. All editions of the Apple Watch have a storage capacity of 8GB which is ample for the user to store his important documents as well as all pictures.

The following are the major reasons why you must own an Apple Watch:

The Apple Watch is a great fitness band that has an activity app with three rings. The Watch provides a visual snapshot of the user’s daily activity and motivates them to sit less and move more. It motivates the user to burn more calories and keeps them alert about their health and activity throughout the day. The Watch also has a terrific workout app and a Health kit enabled software that helps the users to track all their health activity instantly at the flick of the crown.

The Siri is the best way to interact with the Apple Watch, it is also the quickest and the most fun to use. It lets the user respond to messages easily and helps them with their workout and health regime. It helps the users open apps and lets them make a quick phone call. It also lets the user track other news and updates like sports scores and news brief.

The ‘Wallet’ is a very beneficial feature that is a staple in every Apple device and is highly valuable to its users. The Apple Watch also lets the users use this feature on the raise of a wrist by loading their important staples like their loyalty cards, tickets or a boarding pass on their Apple Watch. The Watch also provides alerts when anything from the wallet is to be used. Thus you no more need to look for these important documents in different places as they are all conveniently placed in your smart Watch.

Apple Watch is available in a variety of models and thus there is something for everyone. The users can personalize their Watch in multiple ways by changing the design of their Watch, changing their screen widgets based on their priority or adding any important information relevant to them. They can align notifications, get the important fitness apps, manage their wallet and get all the function performed extremely easily due to the easy navigation provided by the Watch.

The device is also available in variants like the Apple Watch, Apple Watch Sport, Apple Watch Hermes and the Apple Watch Edition. The default apps by Apple are also integrated in the Watch that lets the user use email, phone, photos reminders, iTunes and the wallet. The Apple Watch is being used by multiple users across the world due to its great design, applications and potential capabilities. The users can now carry a comprehensive gadget that includes a health band as well as their Apple device on their wrist.

The functionality and convenience of the Apple Watch makes it a device that almost all would love to own and use. It has recently been introduced in India with the base variant costing Rs.30,900/-. Thus if you are looking for a gadget that is stylish, trendy and that lets you track your health and other notifications in an all-inclusive manner than the Apple Smart Watch is your answer and you should definitely go and get one immediately.