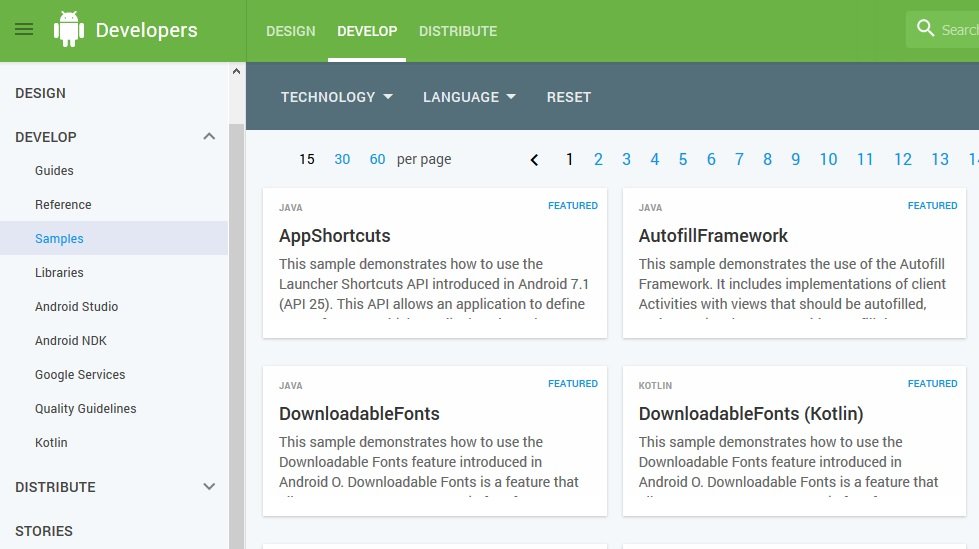 Android’s SDK (Software Development Kit) has been helping several developers, brands and organizations come up with unique apps and achieve high quality results and tremendous efficiency. The primary advantage of free android app source code (open source codes) is the high level of coordination and collaboration developers can achieve while developing new apps on android platform. The SDK inherently provides a wide variety of materials, including tutorials, extensive documentation, samples, best practices and a continuously growing array of tools. Open source software developers have always been motivated by several factors, but quality stands as the noticeable point of focus. If you are an AR or VR developers, you can also find various AR SDKs available in market to start with.

On internet you will find many mobile apps market place where developers can buy & sell their source code online and later re-skin the application based on requirements.

Android’s free open source community has always attracted highly motivated and bright professionals, who in-spite of being rather unpaid/underpaid, maintain the standards and discipline of the community. They have been the minds behind most complicated bug fixes and other enhancements that bring about a stark difference in the quality and usability of an app. For the individual developer, the community has been increasingly providing with source code that match new product features and design efficacy. Further, free and open source codes have the compelling advantage of pricing, apart from reducing the monotony of the job.

The popular reasons behind the growing use of free Android open source codes by developers includes:

As always, we can look up to Wikipedia for the best websites to download free open source android app codes. Wikipedia too is a community managed platform and this list is contributed by developers who have been using open source codes for Android apps for quite a while now. The list here is highly categorized and depending upon the genre of the app, you can choose among the most recommended options. There a detailed list, along with the licenses in categories like Ad Blocking, General Communication, Back up & Security apps,  browsers, emulators, gaming apps, navigation apps, reading apps, utilities, multimedia, security and general apps.

SourceForge(dot)net is an unique platform which hosts source codes from all different technologies and can be available for you to download the same. You can also download free android app source code from SourceForge where around 45+ android app codes available at the time of writing this post.

GitHub does not really require any introduction as it is one of the best source code repository platform being used by most of the software development team. If you are new in Android app development and looking for free demo source code to start your development learning practice, GitHub provides best resource for android beginners. Here are few sample android source code you can download from GitHub:

Here the new addition to this GitHub android app source code resource is compiled by MyBridge. They have carefully compiled the list of 38 amazing open source android application source code which are built in JAVA language. According to their official announcement, they have used MyBridge AI algorithm to evaluate the quality of these source code. They have compared over 8200 app source codes and categorized them into 13 different groups. This list will definitely help you to find helpful source codes which can sharpen your android app development skills for sure.

Another exciting platform featuring loads of open source codes for android apps, F-Droid had been a favorite among android developers. The platform gets contributions from all kinds of developers looking to put their mark across the internet and the world of smartphones. F-Droid is a non-profit organization and you will find lots of free and open source software for Android platform.

Google itself provides sample source codes in different categories of android applications for you to start your android application development learning. The source also provides a host of tutorials that will help budding developers learn more about android coding and its platform versions. Hosted at https://developer.android.com/samples/index.html, Google samples source code for Android app can be your best companion in Android app development learning.

Another vast collection of open source codes reside at Fossdroid. More than 1000 source codes are spread across categories like application development, community apps, navigation apps, security apps and android games. As per Fossdroid team they take data from F-Droid source and organized very well on website that visitors can get basic ideas about app source code type, category and other important attributes. On Fossdroid users can also view apps based on its popularity and when it was uploaded.

You might even be able to get specific source codes for your new android comics, sports & health app, brain twister apps, travel demos, and other sub-categories in communication, finance, ecommerce, multimedia, gaming, community and more.

A growing community of Android app developers, this is where all you source code related queries and search will be answered. Among the biggest repositories for free open source codes, XDA Developers provide scripts, discussions, tutorials and tools for high quality app development. This is a must for any kind of developer, regardless of his/her experience. Afterall, market trends are changing and it is as a community that we can grow ourselves.

Android is among the most popular operating system today, based upon the penetration and usage. It is expected to keep its 85% of all smartphones market by 2020. With over 2 million apps in the Google’s Play Store, it is the first choice for businesses looking to make a mark among the general user base. An interesting thing to note here is that more than 70% apps in this store available for free, showcasing its popularity among brands and developers.

However, coming up with an app that will make a mark among thousands of similar platforms is not an easy task. Businesses put in a lot of resources, including time and money. Open source codes are the answer to any developer trying to focus on the unique capabilities of his/her app rather than writing down the same boring lines of monotonous codes.

10 Best Android App Clones for Multiple Accounts You Must Try!

Snovio Review: The Perfect Email Automation Tool for Your Business