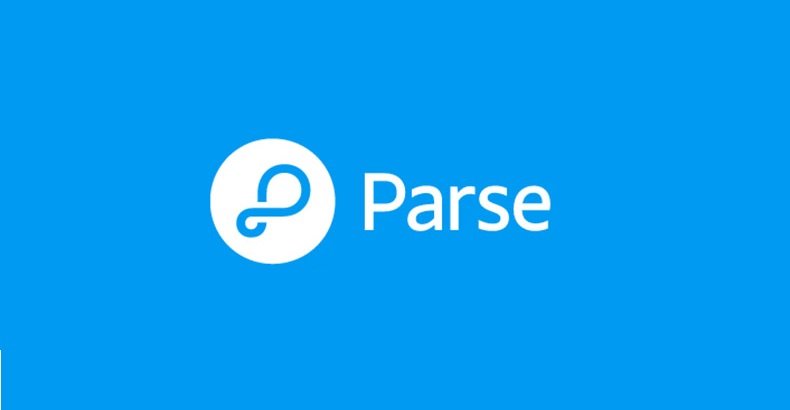 Its been almost a year Parse has officially announced the retirement of their services and the final date is 28th January 2017. If you are proud user of Parse services and looking for reliable, tried and tested Parse alternatives, this post is for you.

There is no denying that businesses across the globe have come to love mobile apps as a way of reaching out to the masses and offering their products and services. But for the developer, designing and developing a mobile app is not just about the app itself but several other things. For example, there should be a unique way that users will log into a specific app, store data remotely to be accessed later or get welcome emails. Coming up with these add-ons will not just require a significant time investment but also cost considerably. Maintenance is another factor that comes into play here. As a developer however, you would want all your focus to be on the actual app development and have someone/something else take care of the communication and server development needs. A way out is hiring other developers but that would again cost a lot of money and there will still be dozens of other things to figure out, including scalability or data security.

Parse did all of it for you, and at a minimal cost. Founded in 2011, Parse was a back-end tool that helped mobile app developers manage identity log-ins, manage cloud storage, run custom codes in cloud, handle push notification and much more. By 2012, Parse was being used by more than 20,000 developers and its popularity has been growing astoundingly at 40%/month. This led to Facebook acquire Parse in 2013 and went on to power more than 500,000 mobile apps. Sadly however, Facebook’s Parse announced in January 2016 that they will shut down the business by January 2017. They give time to developers to find another home for their applications.

If you are new to mobile app development or are looking for an alternative to your existing Parse tool, here are some effective alternatives to check out.

AnyPresence was founded in 2011 and has been a popular enterprise level app since. It is mainly being used by large businesses that want to deploy both cloud and on premise servers. Founded by former Cisco and Oracle executives, AnyPresence strongly focuses on higher level enterprise and developer features and customer support. This is however not something that smaller business would want to indulge in. 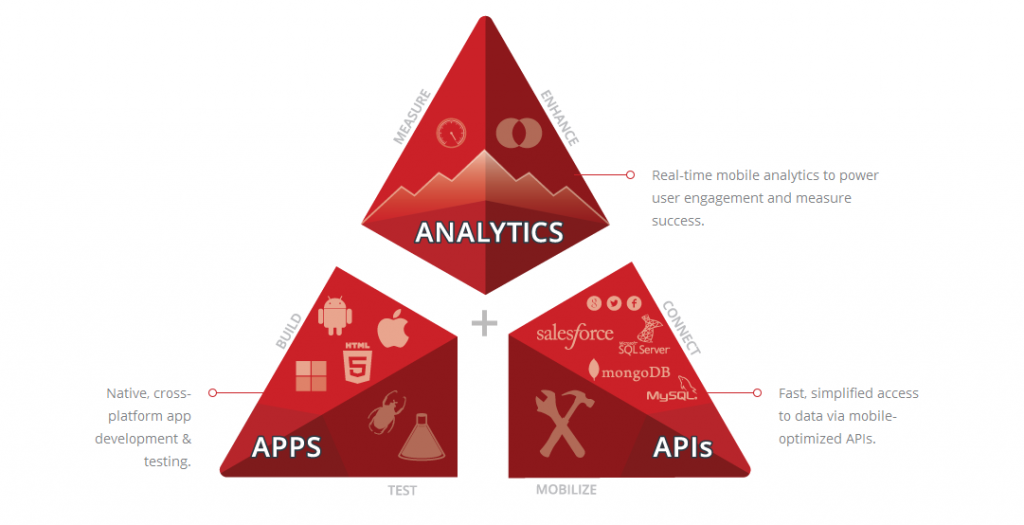 Appcelerator was founded in the year 2006 and was recently acquired by a B2B enterprise company called Axway. Appcelerator offers cross platform development of apps using JavaScript and provides useful features like push notifications, connecting to data sources and custom analytics based on UI. Appcelerator Arrow cloud has various pricing depends on your requirements. Appcelerator has some giant clients like Cisco & VMware.

Started in 2012 as Tiggzi, Apery is a product of Exadel and is currently being used by more than 300,000 developers from across the globe. It is one of the most popular mobile backend services (MBaaS) that takes care of app infrastructure – push notifications, server code and database. Its customers include Toyota, Konica Minolta and Aetna among others.

Backendless was founded in 2012 and offers special development features for venture fund related companies. It’s a tightly integrated system that has been designed to accelerate and streamline application development that is also scalable. It’s one of the most powerful and decorated MBaaS system. Backendless MBaas provides very important features like push notification, user management, analytics, data management and many more.

Built.io brings three proprietary products for mobile app development. Apart from being an MBaaS system, it also provides content management solutions and also a platform for APIs to connect the entire ecosystem of enterprises together. The company was established in 2007 and can be deployed across Amazon Web Services, VMware vCloud Air and IBM SoftLayer.

CloudMine is an excellent choice if you are looking to build engaging apps that drive value. It’s a platform-as-a-service concept and includes features like data normalization, real time streaming, big data processing, self-service data discovery and advanced analytics. CloudMine was launched in 2011 and now partners with Apprenda – a PaaS provider.

Firebase has been a much loved integration among developers who seek to have their mobile and web based app sync real time data. With features like static hosting and authentication, Firebase has been a popular Parse replacement. Its easy SDK makes it perfect for Google, Facebook, Twitter, emailing and Github integration. Firebase was launched in the year 2011 and acquired by Google by 2014.

Kii offers a mobile backend that helps create high performing and scalable mobile apps for all kinds of operating systems. There’s a large set of development tools that aim to reduce your development period from several months to a few hours! The tool also focuses highly on Internet of Things (IoT). Launched in 2011, Kii has been receiving exciting funding from companies including Cisco.

Kinvey is a Backend-as-a-service alternative, quite similar to Parse and offers features including push notifications, custom business logic, cloud storage, and integration of Facebook Open Graph for mobile app without a website. The company was established in 2010.

Kony is another successful MBaaS platform with the special Mobile Fabric MBaaS integration. The company was founded in 2007 and raised a huge $50 million funding in 2014 June.

This company was established in 2012 and specializes in data storage, push notifications, analytics, REST API, user management and .NET/iOS/Unity/Android/JavaScript code. 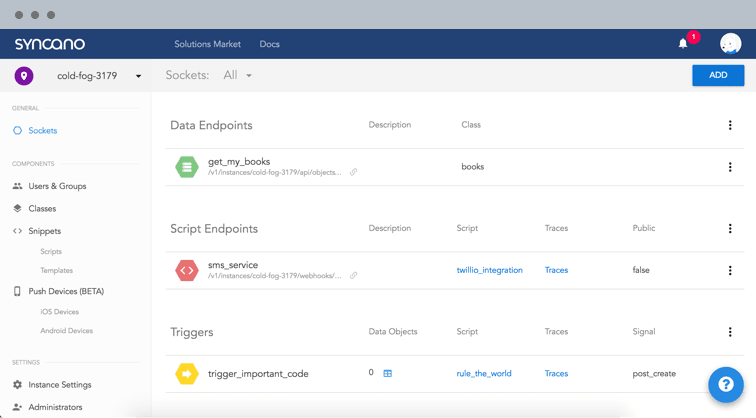 One of the most highly recommended BaaS frameworks; Syncano minimizes the need of backend coding and middleware such that developers can focus on user experience designs. Syncano was established in 2011 and the pricing is just about $25/month.

Equipped with a highly robust set of encryption and security measures, Telerik helps secure transport of data from all kinds of communications. This is perfect for all growing businesses looking for scale. Customers of Telerik include IBM, Sony, Microsoft and Dell.

With mobile app development, there’s never really an end to the game. This is an industry that will grow exponentially in the future and though the tools of the trade will change, the demand won’t. As a mobile app developer, you need to be ready with solution and with Parse shutting down next January; we hope the above tools come to your rescue.

Nitin is an iOS application developer with over 4.5 years of experience in developing native application for iPhone, iPad and iMac devices. He loves writing about Apple products and shares his views on different aspect of it.