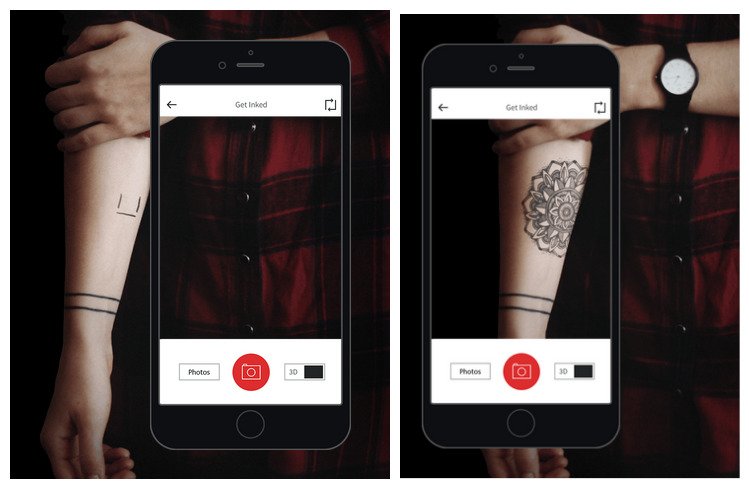 Pokémon Go is probably the hottest AR game today and the success comes from seamless augmented reality (AR) integration. However, it isn’t just Pokémon Go that has been transforming the mobile apps and gaming market. According to Digital Marketing Bureau, more than 2.5 billion AR based applications will be downloaded into smartphones every year by 2017. These apps combine real world scenarios with digital overlays. In simple terms, these apps and games allow the user add a virtual element to their real world environment. The implications range from seeing more information by scanning a product with your smart phone camera or playing with digital character in real world landscapes.

With smartphones penetrating a wider market every year, the awareness and acceptance of AR too has surged. For businesses, adding an AR element to the mobile experience offers more reasons to the consumer to stick with the brand and expect unique experiences.

The instant popularity of Pokémon Go has already proved the huge potential of AR market in the future. Currently, an average Pokémon Go user spends around 44 minutes on the game every day, which is higher than average time they spend on Whatsapp, a 30 minutes! The integration of AR is not just limited to the digital gaming environment. Even auto makers like Audi and Ford are offering AR based apps to make the driving experience unique.

Smartphone users are going crazy behind AR & Virtual Reality games and will creates huge opportunity for App/Game developers to build their business.

In these lines, let’s take a look at the 9 best AR games and apps that has taken the world by surprise!

Enough has already been said about it. The game uses the phone camera to place digital character into real world environment. Players are supposed to hunt for these characters and go into battle with competitors. This opens up several opportunities for location based marketing. Pokemon Go is launched in around 26 countries and will launch soon in other major countries. We will keep you updated.

Again, using the smart phone camera, the Google Translate apps translate street signs, product names and other things into languages that the user understands. This becomes extremely beneficial for people in a foreign land and experiencing the language barrier. Using the smart phone to get real time directions from existing cues makes the experience a lot easier and safer. Since the launch of Google Translate mobile app lots of users, travelers, business professionals found this app is very useful mobile application and it helped them in various way too.

The MSQRD software again uses the phone’s camera to swap users face and come up with interesting outputs. The app allows several for filters, masks and even video filters to get interesting video effects. Largely, an entertainment based application; the popularity of MSQRD has gone beyond SnapChat, the first platform to introduce the face swap feature. This application came in limelight after Facebook acquired it in March, 2016. In last  6 – 7 years lots of tech giants invested or acquired AR & VR businesses as they know this is the future of tech world.

SolarAR is augmented reality based educational app that teach students about basics of solar system in fun way. It is basically marker based Augmented Reality which functionality is divided in three part.

This is a clear example of how augmented reality can create engaging and interactive content for education. You can download print of marker from above mentioned link. DigiFloor team also reviewed this application and we can say that this will be game changing app in educational field. This application is available on Android only.

Google Goggles is offered as a smart eyewear that allows user to scan through labels, object and locations to get more product information (through barcode/QR code scanning), recognize landmarks and provide information on them, translate a text into other languages, add contacts to your Google Contacts by scanning business cards, recognize DVDs, books, CD’s and any kind o 2D objects and even help solve Sudoku puzzles!

Ingress is an AR based video game that depends on real world locations to get multiple players into a virtual battlefield. The aim of the game is to acquire places of cultural significance and other landmarks and create their virtual kingdoms, called the “control field” in the game. This application build huge audience base before the launch of Pokemon Go game. This application considers as a next gen game for all gamers.

An interesting application of AR, Inkhunter allows users to try on virtual tattoos before being inked in real life permanently! You can check out how the tattoo will look from all angles before finalizing upon a design. This application is available only for iPhone devices.

The first AR app to be available for Apple users, Yelp uses your phone’s GPS to show AR markers for bars, restaurants, and other businesses in real time. It’s a navigation app that offers more than just the direction!

This is a stargazing app that all astronomy enthusiasts should have handy! Using AR and astronomical information, the apps allows you to explore a wealth of celestial information about stars and constellations in real time. This is also a perfect way to learn about constellations and celestial locations using your phone camera.

While these are just a few AR apps popular in the market today, several more are already set to come with promising features that wouldn’t have been possible to imagine, even a decade ago!

Are you fan of AR games? Which is your favorite?

Fortnite World Cup: All You Need to Know About the Fortnite Tournament

Mobile Operating System – Android vs iOS Which One is Better?

What is 6G Technology? Learn About the 6G Network Advantages

Learn About the Types of Animation: 8 Best Animation Software in 2020