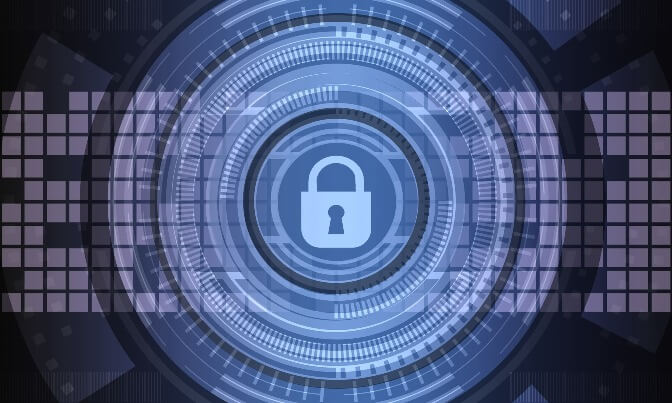 In today’s cyber world securing your instantaneous conversations with others has become somewhat necessary. Even if you don’t do anything wrong, protecting privacy is an essential skill you have to learn.

IM (Instant Messaging) has become a very big part of today’s social life. You may not meet the person in many months but with a connection to them via IM, it will be like you just met yesterday.

This also came with a threat to privacy as your personal conversations are being studied to gather data for targeted ads, and also shared with other companies to do the same.

So to make sure that you don’t get spied on and don’t become an object to target ads, the idea of the encrypted and secure messaging app service came into the spotlight.

To become a part of this list the App has to offer some features like end-to-end encryption and a reliable experience with a usable UI. They have to be internet-based, and not SMS based so Silence won’t be a part of this.

What is an Encrypted Message?

Encrypted messaging is a secure way to communicate online. Using special software, in messaging apps with an end-to-end signal encryption, messages are converted into code that can only be read by the sender and receiver. This makes it difficult for anyone else to intercept and read the messages, even if they are able to access the data. In addition to being used by individuals, encrypted messaging is also often used by businesses and organizations to protect sensitive information. Needless to say, encrypted messaging provides an extra layer of security that can be vital in protecting your privacy.

How Can You Select the Best Safest Messaging App?

In a world where data breaches and cyber attacks are becoming increasingly common, it’s important to make sure that your communications are secure. That’s why many people are turning to message apps with end-to-end encryption. But with so many different apps on the market, how can you choose the best one for your needs?

By taking all of these factors into account, you can select the best end-to-end encrypted messaging and calling app for your needs.

Why Do You Need End-to-End Encryption in a Messaging App?

There are mainly two types of encryptions used in messaging apps.

Now the first one works by storing the messages in the server with a key to decrypt them saved on your account only. This might sound promising enough but they can share the data with third parties and if the government asks, they have to turn over the whole data. So even if you have the key to the data. It can be brute-forced and used to decrypt the whole data.

The other is end-to-end which is considered the best for a secure messaging app as the data is only existing between you and the sender or receiver.

This means even if the company wants to share or research the data it can’t as they simply don’t have anything.

As you can see by this we will be only talking about the apps with end-to-end encryption so some popular apps like Skype won’t be on the list as they don’t pass the criteria.

The below list will have the pros and cons of the apps and a brief about the history of the app with privacy threats.

These are the candidates for the most secure and safest messaging app.

This is one of the best open-source safest apps for chatting. In this app, the messages can be read only by the intended recipient. Threema is completely GDPR-compliant and guarantees users’ privacy by offering a top-of-the-line encryption service. Threema lets you send voice and text messages, make voice and video calls, send files, share locations, create polls, quote text messages, and more. The best thing is chatting through Threema does not require any phone number or email address; you can do it anonymously.

This is a free and one of the most secure messaging apps for Android and iOS. Not just messaging, Viber also has various calling features.

Viber acts as a social platform where users can make a conversation on any topic of their interest, be a part of a big community and create connections. Viber ensures that all the chats of the users stay protected and private. The app itself cannot read or listen to any of your texts or calls. The files shared through Viber can not be accessed by the app or any other third party. Therefore you won’t be targeted by any third-party ads later.

This multimedia app allows you to chat and make video calls. You can also share pictures and videos, named “snaps”. These snaps and chats disappear after being viewed. Snapchat is also used for circulating short articles, image-focused stories, etc. In other words, this platform is useful for staying up-to-date with trending news as well.

Are you looking for one of the safest apps for chatting? CoverMe is the one. It allows you to make calls or send texts worldwide at the lowest cost and without sharing your real phone number. Its military-grade encryption protects your private conversation. Moreover, the app has a secure vault where you can keep your photos, videos, important documents, passwords, and notes with cloud backup.

The Signal is an open-source and nonprofit company yet it made the most secure messaging app of all time. Most of today’s apps even the ones with end-to-end encryption might mine the metadata as in who talks with who and how much, but the signal messenger doesn’t do that. Even if they wanted to do that they can’t as the design of the app allows it to send the messages without the source information in a way, that only the sender can know who sent them the message so even if you intercept a packet of the sent message it is impossible to see who sent what and to whom it’s going to, and that’s not even the whole story.

The encryption they use is so good and so trusted that even the likes of Edward Snowden are not afraid to say that they use the application openly. WhatsApp, the biggest (user base vise) secure messaging app today is built on the signal’s encryption standard.

Telegram is a nonprofit application by the Founders of VK (A big social media platform in Russia). It uses the MTProto Protocol to communicate, which is developed by one of the Founders Nikolai Durov who himself is a mathematician.

This app was built on security. It does store the data in the cloud but still is encrypted in a way that is not useful to anyone without the client key. The keys are not generated on the server nor stored on the server.

And as for the end-to-end secret chats they don’t even exist on the server so handing them over is not a question. Aside from that a very useful feature that made it a big hit was the ability to create channels of about 200,000 people max which was very helpful during the protest in Hong Kong. As they used the app to mass communicate and protect their identity from the government.

With the promise of the privacy of the customers, the founders have said that telegram will never sell data to generate Funds. if such time comes, they will ask users to donate.

The big guy in this group is WhatsApp. With a 200 million user base, this monster of the apps is owned by Facebook. This app is built with the encryption of the signal group and a big reason why it is somewhat trustworthy despite being owned by Facebook, which doesn’t quite have the reputation for being the secure kid in the block. With scandals like Cambridge Analytica and multiple data leaks of giant sizes, this raises some questions.

As of now, WhatsApp looks good. But there is a catch though. It’s Facebook so, they will collect some data. They can’t trace the data but they can still trace the metadata to see who is talking to who and how much, which is ignored because of the user base they boast.

I would personally have an alternative ready if WhatsApp ever goes rogue.

8. Wickr Me: Leader in Secure Communication of Teams

Wickr Me app has an approach for industries because of its features like secure file sharing, advanced admin controls, and end-to-end encrypted messages as well as voice and video communication. Integration with platforms like Git, Zendesk, and thousands more. Military Grade (claimed by the company) encryption and features like a burn on reading make this app truly an enterprise-centered communication messenger. Data Shredder is also an important feature that overwrites the data on your device to ensure that no data is left behind to trace.

This was very worthy of the crown of the most secure messaging app but the paid service for the admin control panel and calls was just not the option we wanted when the signal is already available.

Dust may not use the strongest encryption or not boast a big user base but the list of features it boasts is actually great.

No storage on the server, you can delete others’ messages, and protection from screenshots by default, Messages get deleted within 100 seconds of seeing the Message or as they call it (Turn to dust). All this looks pretty good on paper but with a tiny amount of people using it, this has not been the popular one but still deserved to be on the list of secure messaging apps because of the features.

Other than that it has a very great UI in terms of animations and color schemes but the user experience has a bit of a learning curve to it.

What’s the go-to app to recommend to people searching for the best secure messaging app?

The amazing encryption and the trust of millions of cybersecurity researchers and probably the safest and best way to secure messaging.

If you have any apps which you think should be on this list but is not there. Do tell us about that in the comment section.

What is an Encrypted Message?

Encrypted messaging is a secure way to communicate online. Using special software, in messaging apps with an end-to-end signal encryption, messages are converted into code that can only be read by the sender and receiver.

What are the most secure messaging apps in 2022?